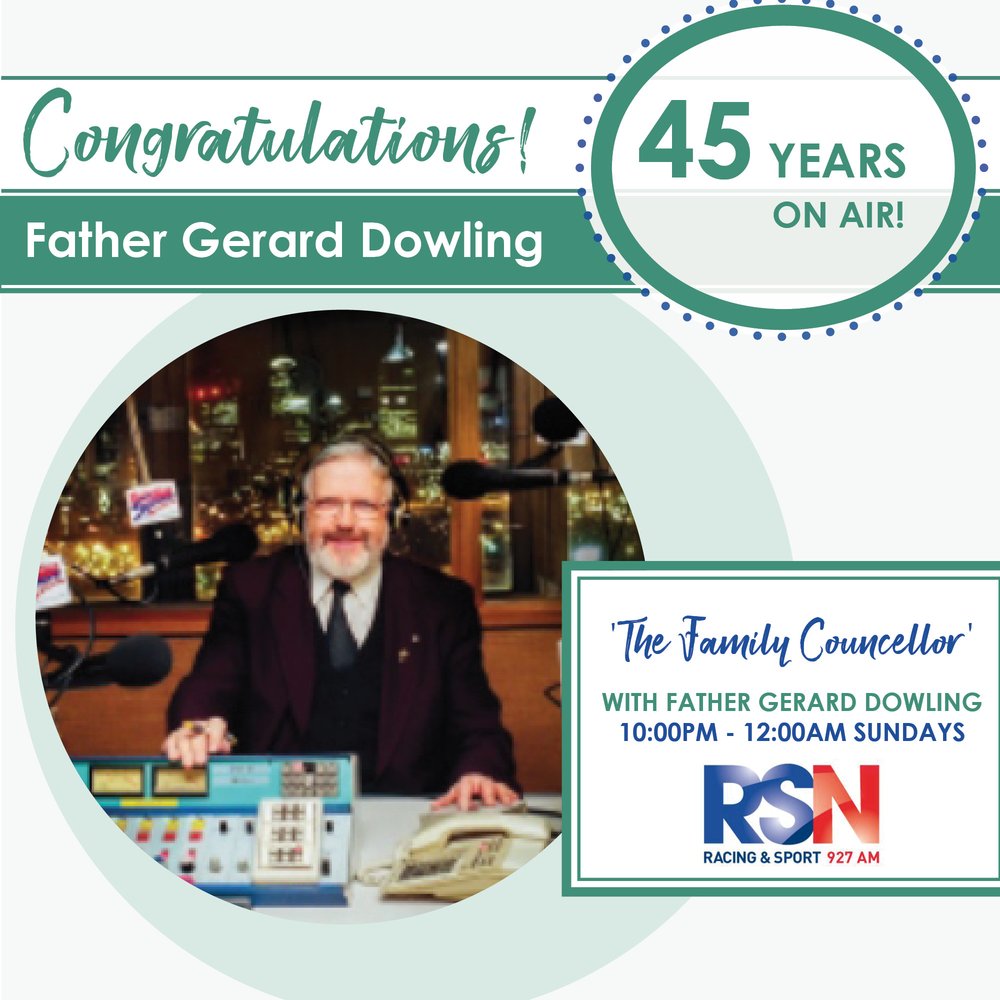 Congratulations to our great friend Father Gerard Dowling OAM DE as he celebrates the huge milestone of reaching 45 years on air! Father Dowling hosts a regular spot on the RSN 927 AM every Sunday from 10pm to 12am called The Family Counsellor.

The Family Counsellor is the longest running show of its kind; established in a time before 24 hour services such as Lifeline. Reporter Chris Evens once credited Father Gerard to have “…saved the lives of hundreds of people and brought comfort to thousands of others.” However, Father Gerard’s humility has remained unchanged, simply stating that “so many people just need somebody to hear them.” He also believes the most valuable skill he has learned from being a counsellor is to be able to say very little and the importance of not just listening but actually hearing what people are saying.

The longevity of his radio show in an ever changing environment of social networking such as text messaging, Facebook and Twitter is a true testament to Father Gerard understanding the community’s need to turn to a friendly, understanding ear.

Father Gerard says that “so often these days we ring a number and we get a prepared message…and you are just desperate to get someone to talk to you as you are.” In talking about times of grief and sadness when people don't know what to say and are hestitant to approach those in mourning, he says that "being there, and not having all the answers...just the presence of a person is very important".

Still active as a Priest performing daily Mass, funerals, weddings and baptisms and an avid AFL Kangaroos supporter, he does not appear to be slowing down anytime soon. We are sure The Family Counsellor program with Father Gerard will be around for years to come yet.

Tobin Brothers Funerals is the proud sponsor of The Family Counselor and we encourage you to tune in each Sunday night 10pm - 12am to RSN 927 AM.

To listen to a podcast of all the highlights of the 45 Year anniversary show, click the play button in this blog.