The era in which fathers told their sons to go out and get a good secure job for life is well and truly over. Today, the average Australian worker rarely stays with one employer for more than three years which begs the question, why are most people employed by Tobin Brothers Funerals strongly challenging this trend?

Remarkably Paul Reynolds, Gary Amott, Alan Muller and Marnie Duncan have each worked at this family owned Melbourne Company for more than 10 times the national average tenure. So what is it that has kept them so committed and interested in their jobs that they have felt compelled to work for just one company for over 30 years? 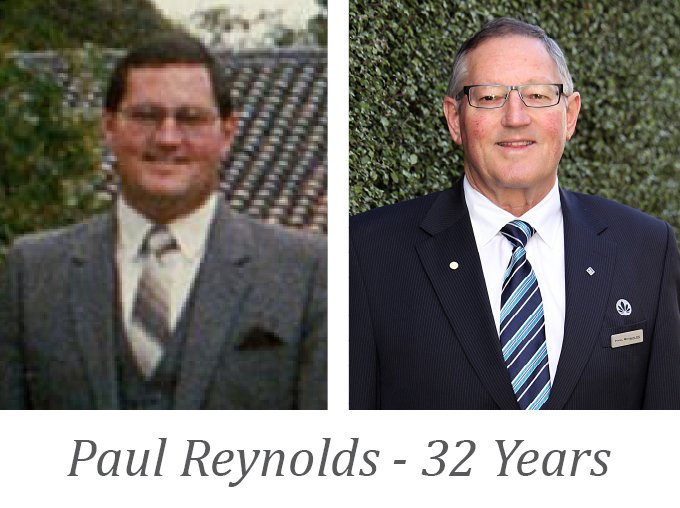 Paul Reynolds is a husband, father, and grandfather. He was once a decorated wrestler, and has a wonderful sense of humour. As a Branch Manager, Conductor, Funeral Planner and Mentor, Paul has become one of the most knowledgeable staff members working in the Company.

Paul says he was drawn to the industry after the sudden death of his father. He considers his role a “vocation” It’s a place where “Every day I feel like I make a real difference.”

Keeping motivated and interested in a role sometimes requires change and Paul sees the industry’s innovation and evolvement as a strong contributor to this:

“While the business has grown considerably in size, it still upholds the family values by which its foundations were first established. As an industry leader, Tobin Brothers has continued to evolve by constantly introducing new services and products in response to the ever changing needs of families when it comes to the death of a loved one.” 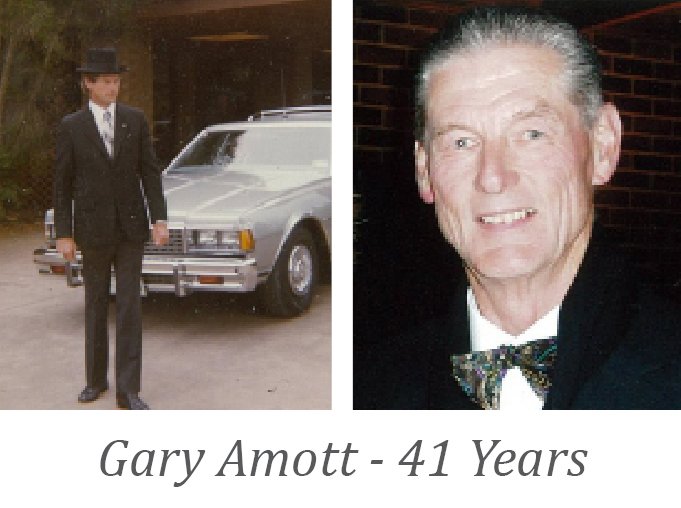 Gary Amott is a natural leader with a gentle calming presence that effortlessly puts families and colleagues at ease. Gary has served Tobin Brothers Funerals in many roles; a former member of the Board of Directors, Branch Manager, Conductor, Funeral Planner and Mentor. Once a talented footballer with St Bernard’s College, he served as vice captain in 1965 and 1968, captain from 1969-1973, and won the best and fairest in 1967. Gary was inducted into the school’s Team of the Half Century in 2013. It was through this network over 30 years ago, that Gary found himself working at Tobin Brothers Funerals.

After 10 years in public service, Gary Amott wanted a career change. Although initially, he found himself disenchanted working in the funeral industry, the innovative move towards life- centred funeral services provided the spark that kept Gary engaged. “I was seriously contemplating leaving the industry. Fortunately it was about this time that our former entrepreneurial and forward thinking General Manager Des Tobin introduced the ‘Life Centred Funeral’ concept into the company’s operations. I have never looked back since.’

Life-centred funerals are unique, tailored to the life of the person who has died and the needs of his or her family and friends. Humanist, secular, civil and non-religious funerals all have this in common.

“Another huge incentive has been the number and quality of selfless committed staff that have set the example for me over time.” 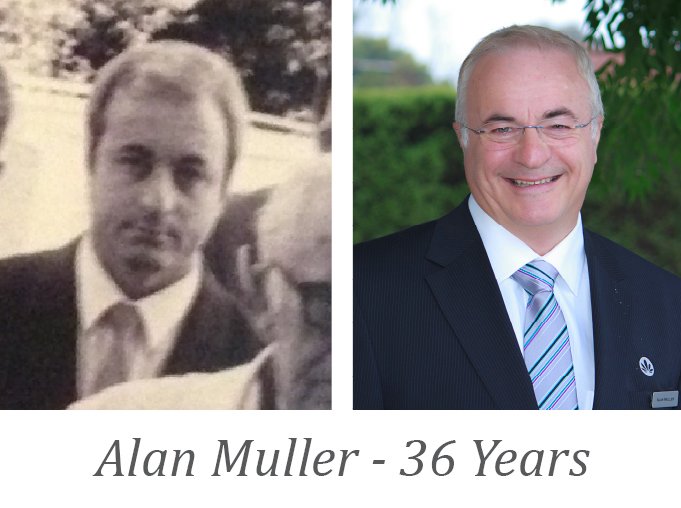 Softly spoken and unassuming, to look at him, no one would guess that Alan Muller is a 3rd Dan black belt in Karate. Alan has worked as a Funeral Director’s Assistant, Embalmer, Funeral Planner, Branch Manager and Mentor. After 36 years at Tobin Brothers Funerals, he says essentially there are three reasons why he has stayed with the company as long as he has.

“The people at Tobin Brothers who I have had the pleasure of working with and proudly call my colleagues, the sense of doing something so worthwhile makes such a difference in people’s lives and thirdly the heartfelt way in which Tobin Brothers acts in all matters. I thoroughly connect with this ethos.”

Marnie Duncan is a passionate Geelong Football Club supporter with a keen interest in horse racing. She even has shares in a couple of racehorses.

Marnie’s kind hearted demeanour has made her popular with client families and colleagues alike. Among her roles at Tobin Brothers Funerals, Marnie has worked in Administration, as a Branch Manager, Conductor, Funeral Planner and Mentor.

When Marnie started working at Tobin Brothers Funerals in 1978, she had some strong reservations and never imagined that the job as a receptionist at North Melbourne, which she viewed as temporary, would evolve into a 37 year career (and counting!).

In Marnie’s opinion, the biggest change has being the evolution of the role of women in the industry. When she started in the industry, women were only employed in Administration and Secretarial capacities. The ‘real’ work of funeral service was a “men only” domain

Talking about the rewarding nature of her work Marnie says:

“Once I became involved in funeral service, I felt as if I had found my true calling. I felt enormous satisfaction in being able to help people through one of the most difficult times in their lives. I still have that feeling to this day, and it is one of the things that has kept me here for so long. The other is the wonderful group of very special people that I have had the pleasure of working with over the years. It has been a major part of my life for so long and I couldn’t imagine being anywhere else.”

Although each have had their own individual journeys during their careers at Tobin Brothers Funerals, their reasons for staying share notable parallels. Paul, Gary, Alan and Marnie all consider the work to be inherently fulfilling. They each credit the Company’s willingness to be innovative within the industry as a key factor in keeping them engaged with their work, the Company values and reputation underpin a sense of pride in the organisation, and colleagues and strong friendships have played a crucial role in their long service at Tobin Brothers Funerals.

From Daily Mass To The City Of Churches

The name Basil Gary Amott is as synonymous with dignity, service and care as Tobin Brothers Funerals is with excellence in funeral service. During his 42 year career, Gary served the needs of more...

In recent months Tobin Brothers Funerals, with the assistance of Creative Director Robin Geradts-Gill from RGG Creative, produced four new TV ads that posed the question ‘How would you like to be c...

A Fundraiser to Remember…